One of the major upsides of globalization has been the ease with which millions of people can now pursue nature travel and get to know their planet. Done right, it protects, uplifts and enriches.

For the past seven years, I have travelled the world as a digital nomad seeking out nature and wildlife-focused touristic experiences. From remote and troubled parts of the Colombian Amazon to the far east of Indonesia, I have spent the bulk of my free time and disposable income exploring jungles, reefs, deserts and mountains.

Some of these places I have visited on my own, but most have required local guides living in local communities. From first-hand experience, as well as research before and after my many trips, I have observed and learned about the economic, social and ecological transformation that can occur when this sort of tourism is done right.

Nature travel and wildlife tourism are pretty self-explanatory. It is tourism that is oriented towards being in nature and observing and photographing wild animals in their natural habitats. While there are many luxury options available, this sort of tourism almost always relies on the knowledge and cooperation of local people and communities.

My primary passion has always been reptiles and amphibians, but I like to consider myself a true biophile–a term coined by American biologist Edward O. Wilson in his 1984 book Biophilia that means a “lover of life.” I try to photograph and learn about anything that catches my eye wherever I am, whether that’s a bird, an insect, a mammal or a fish.

I tend to go places where there is a combination of marine, jungle and freshwater ecosystems to explore. I’ve snorkelled blackwater streams in the southeastern Colombian Amazon by day, shooting videos of tetras and cichlids, and hiked the same forests later on that night with a headlamp, trying to spot amazon tree boas and coral snakes. In short, almost all of my travel experiences have been nature and wildlife-oriented.

The following article is a breakdown of why nature travel and wildlife tourism should be high on the list of travel options for people who love or are learning to love the natural world. It will discuss how this type of travel:

With that in mind, the intention of this article is two-fold. First, it is obviously preaching to the choir–reiterating or illuminating the consequences of this type of tourism to those who already travel to see nature and who may (or may not) fully realize the impact of their choices. And second, it is an attempt to appeal to people who have always wanted (whether they have known it or not) to do this kind of travel and convince them why they should.

While I hesitate to make any definitive statements, my experience has shown me that nature travel and wildlife tourism help local communities. The development literature tends to back this up as well.

According to a 2015 report by the United Nations World Tourism Organization titled “Towards Measuring the Economic Value of Wildlife Watching Tourism in Africa,”

Replies from the majority of the 47 governmental institutions…indicate that local communities are involved in wildlife watching tourism and obtain direct (72%) and indirect (82%) benefits from it.

This is an Africa-specific case, and the benefits are rarely evenly distributed, but I don’t see why these results wouldn’t be similar in other places. What’s more, I have seen these direct benefits with my own eyes. In Colombia, I have seen how birding tourism in current and former conflict areas provides an alternative economy to young people, allowing them to share local knowledge and their passion for the country’s immense bird diversity.

In Raja Ampat, Indonesia, widely recognized as having the most diverse reef ecosystems in the world, I have seen how a homestay association that started several years ago has given this remote, neglected and sometimes violent part of the country an alternative to subsistence fishing and farming. The association allows local indigenous families to open their homes and exchange room and board, in addition to their extensive knowledge of the exquisitely beautiful reefs and jungles, for money with travellers looking to experience one of the most beautiful places on the planet.

In Sandakan, in Malaysian Borneo, local families open their homes to nature travellers looking to see orangutans and Asian elephants in the wild. In this place, and all of the places I have been to, the economic options for many, though certainly not all, local people have dramatically improved because of nature travel and wildlife tourism.

Another reason nature travel and wildlife tourism are important is that they can (when done right) have a positive impact on conservation. When you put an economic value on nature and ecosystems, you incentivize local people (and even local governments) to look after their natural capital.

Costa Rica is a good example of these market forces in action at both the macro and local level, with huge swaths of its land set aside for national parks and reserves and a wide range of locals participating in the country’s multi-billion-dollar nature tourism economy.

A Costa Rican ecolodge owner and former peasant farmer on the outskirts of Corcovado National Park described to me how he had stopped killing snakes because of the realization that people (like me) from all over the world were willing to pay to come and see the myriad venomous and non-venomous species that he regularly found on his property. Instead of taking a machete to these animals out of fear, he now has a far greater appreciation for and understanding of them, in addition to a vested interest in protecting them and their habitat.

Similarly, a tigrillero in Colombia–someone who once made his living hunting ocelots and margay cats for pelts–now takes tourists along the gallery forest-fringed caños in front of his little plot of land to birdwatch and observe threatened monkeys. A Malaysian man I met who used to illegally harvest timber now runs a business ferrying people upriver to catch a glimpse of critically endangered orangutans, and so he too has a vested interest in the forest’s conservation.

In Raja Ampat, locals band together to patrol the reefs that draw divers and snorkellers from around the world, on the lookout for clandestine shark finning vessels from China and other parts of Indonesia.

The incentive to protect is usually part economic motivation part intrinsic love for one’s home. And, while the idea of putting an economic value on wildlife and ecosystems may seem distasteful, I believe it is necessary, given the corruption and carelessness of local governments and the limitations on intervention from places like the UN and the WWF.

We spend so much time consumed by social and professional lives that it is easy to forget an entire world exists outside of human affairs. It is especially easy for urban-dwelling people in developed northern countries surrounded by countless comforts and modern amenities. For billions of people in developing countries, however, a rural life close to or embedded in nature (sometimes even the food chain) is still the norm.

Poverty, disease, violence, and the other ills of underdevelopment and tropical environments notwithstanding, living in and around spectacular nature and natural settings is a beautiful life and life experience, both for local people and those for whom it is completely alien.

Our relationships with other people are important, but I believe one of the most crucial and often neglected parts of the human experience is a relationship with and appreciation for nature. This includes an understanding of and affinity for the other creatures–large, small, beautiful and bizarre–with which we share the planet.

Get Out There and Experience the Natural World

If nature travel and wildlife tourism is already a big part of your life, then you won’t need any more convincing. For those who may have been thinking about it or perhaps didn’t know it was something they were interested in, the best way to get into it is to just do it.

If you are a city-dweller and find that the birds you see living in and around the concrete, glass and scattered green spaces bring you a lot of joy, why not make bird watching the focus of your next national or international vacation? If you are mesmerized by the footage in the BBC’s Blue Planet series, why not look into whale watching or diving?

Before signing off, I don’t want it to seem like I live in a bubble, so it’s worth stating that, yes, all of this costs money, and wildlife tourism can be gratuitously expensive. Going to see gorillas in Rwanda or doing a weeklong liveaboard in the Maldives or the Galapagos is not an option for a lot of people. But there are ways to do nature travel and wildlife tourism on a budget, especially if you are willing to rough it a bit, look for local guides, and do your research when it comes to gear and locations.

I’ve done a lot of this stuff, so if you would like recommendations or have questions, drop me a comment below. 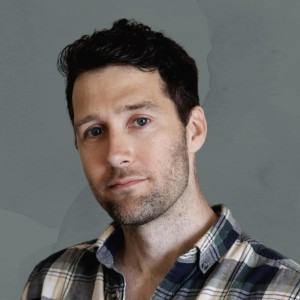 Since 2015 I have been a freelance writer and wildlife photographer, working out of some of the planet's most spectacular wildlife and nature travel destinations--from the Amazon to Raja Ampat--diving, snorkelling, fieldherping, birding and photographing my way around the world. 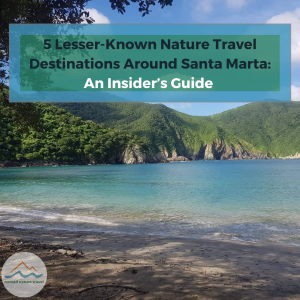 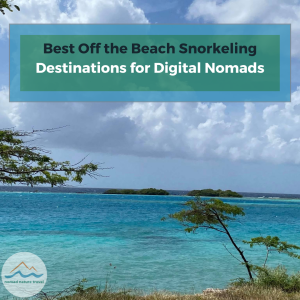 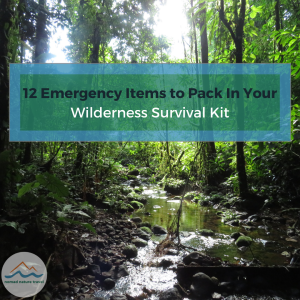 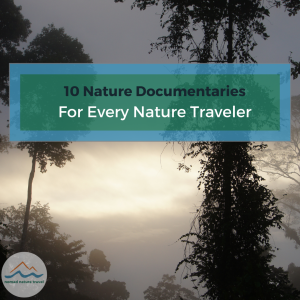 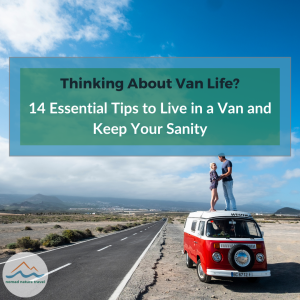 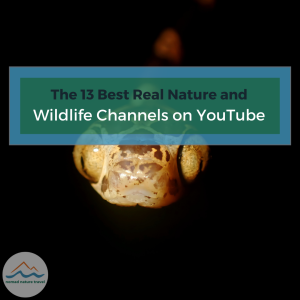 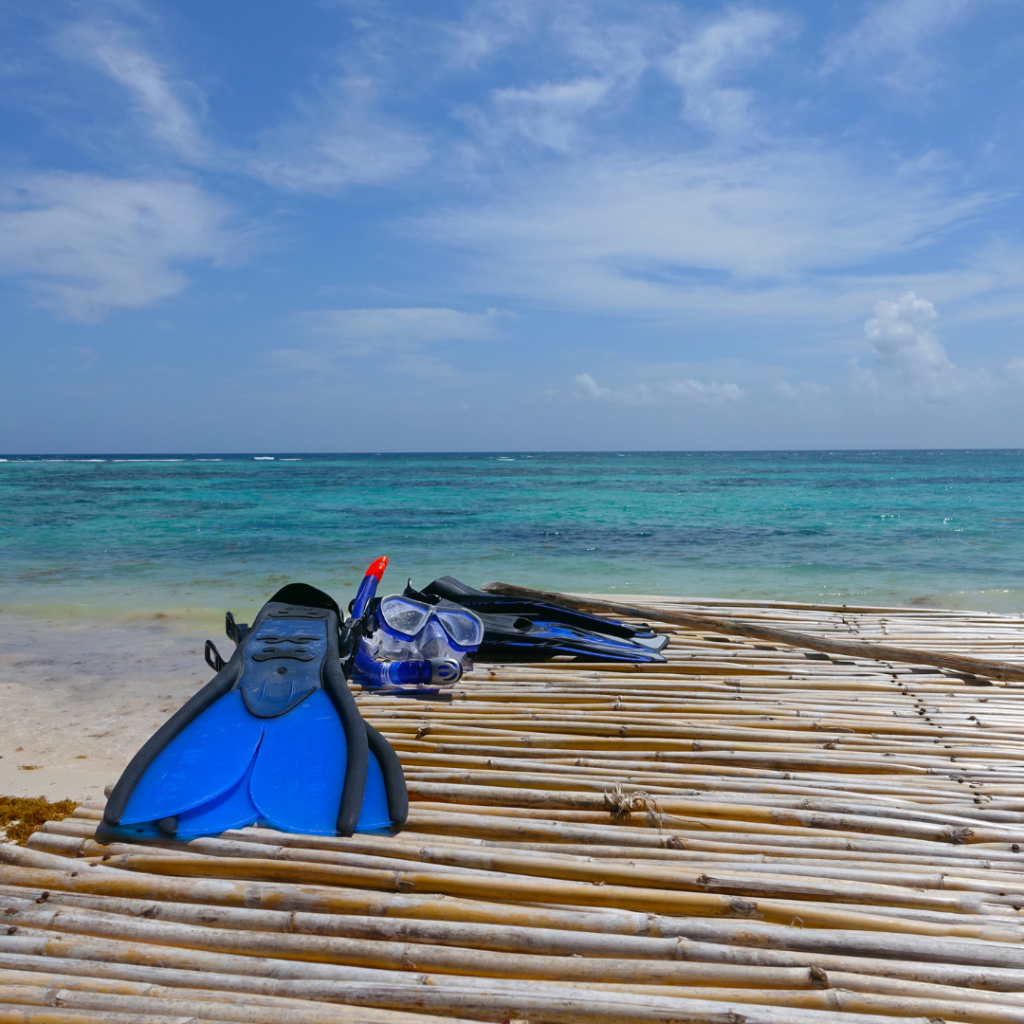